How The State CARE Court Program Will Impact Tuolumne County 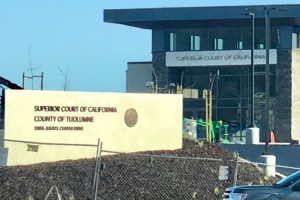 Sonora, CA — After being chosen by the state as one of seven counties to pilot the CARE Court dealing with mental health and homeless issues, Tuolumne County Superior Court CEO Hector Gonzalez detailed to Clarke Broadcasting how it will be implemented.

“You just have to walk around downtown (Sonora), and you see folks that you know are having mental health issues,” pointed out Gonzalez.

The county found out they had been picked for the pilot program when the final version of the law was recently passed in the legislature, according to Gonzalez. He noted that county administrators had lobbied for the program to get the benefit of extra money for being one of the first to administer the court.

On Wednesday, Governor Newsom signed the Community Assistance, Recovery and Empowerment Act, or CARE Court, into law. It allows for family members, first responders, and others to ask a judge to draw up a treatment plan for someone diagnosed with certain disorders, including schizophrenia. Those who refuse could be placed under a conservatorship and ordered to comply, as detailed here. The other six counties involved in the pilot program are Glenn, Orange, Riverside, San Diego, San Francisco, and Stanislaus. Their CARE Courts must be up and running by Oct. 1, 2023.

“We now have a year to set up the court,” stated Gonzalez. He added, “We’ll have to decide who can be in the programs, determine how they are going to set up the reviews for petitions and hearings on evaluations and reports from providers regarding whether the person needs the help or not.”

Those who petitioned have the right to have a public defender argue their case if they are placed in the program. The law puts the court in the position of keeping track of those entering the program to make sure they are getting the mental health services they need. Gonzalez says there are even some teeth to this law, stating, “We [the court] can fine the county a thousand dollars a day up to $25,000 total if they are not providing services to a person the court says needs to have services. So, the county is going to have a hammer over their heads to get those services. And I know they want to. They wouldn’t have tried to get us in the first group of courts that are setting this up if they didn’t want to.”

Gonzalez noted that they are waiting to get an analysis of everything they have to do and when to do it from the state. “They are going to give us help with the forms and help to figure out what we need to do. Right now, we’re in a wait-and-see mode to get all that information, and then we are going to work with the county to get it set up,” detailed Gonzalez.

The next step is determining how much the program is going to cost. Regarding how much money will be allocated to the county, Gonzalez estimated, “For us alone, we’re probably getting for staffing $3 to $4 hundred thousand. Then added to our budget for the extra hearings, we might get a piece of that $2-3 million, but I’m not sure how much because we have to divide that up with the six other courts.”

The governor has promised to fund the CARE Courts. When set up statewide, the cost will soar into the hundreds of millions to fund the program. Those remaining counties will not have to start the program until Dec. 1, 2024.

One concern Gonzalez has with implementing the program is the shortage of judges in the county. Normally, there are four permanent judges. Currently, only two are permanent, with the other two retired, but continuing to work on the bench until the governor appoints their replacements.

“That’s the thing that worries me; we’ve got to have enough judges to do this,” asserted Gonzalez. “It can take a long time to get judges, so I’m hoping that the one good thing we get out of being in this CARE Court program’s first group is that we get our judges sooner than we would have otherwise. In Mariposa County, it took a year and a half to get a judge.”

The governor has been made aware of the need for those new judges, disclosed Gonzalez, who has his work cut out, remarking, “I think it can (Care Court) help. If we get what we need to get it done right. I’m hoping that the governor is going to keep his promise that if we’re (state) going to make you do it, we’re going to give you what you need to do it right.”