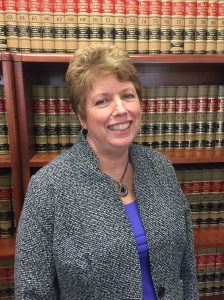 Providing a postscript to Tuesday’s marathon-like nearly nine-hour meeting, Ryan gave her formal heads up, sharing with Clarke Broadcasting that she wanted to provide time for transition planning before the seating of a mostly new board, come January.

As reported earlier here, Massachusetts native and California resident since 1972, Ryan, who began her nearly 27-year career with Calaveras County as an entry-level employee back in 1987, literally, worked her way into the top spot. After transitioning into the county’s administrative department in 2003, her work began focusing on the county budget; ahead of her two years as CAO she held the Assistant CAO’s helm for six years.

Ryan explains that her plans were telegraphed well in advance. She says, “I was originally going to retire in December of 2015, but when the board offered me the position of CAO in October of 2014 I said that I would stay two years. Depending on how things were, I said I would possibly stay for another year — but I am 64 years old — I was planning to retire last year, my husband has been retired for 12 years, and it just felt like the time was right.”

Looking back, Ryan calls her tenure and experience with the county an amazing thing. She recounts, “You don’t think, when you are starting that level, that you are going to be the CAO. So I have seen a lot…I have seen us go from a mainframe that was being held together with baling wire and paper clips to now where we are into a whole new wide world of PCs and servers with the incredible access that we have to information.”

Asked about her greatest efforts and most memorable times Ryan ponders for a beat. Drawing out her words a bit she replies, “What I am probably most proud of, is probably that I was able to have the support of department heads and departments, and we really brought the budget hearings from what were sometime very contentious budget hearings to a very smooth process over the past two years — and that meant a lot to me.”

She adds, “Of course over the last year we have seen some major events. The Butte Fire — absolutely overwhelming for a county our size…70,000 acres, 548 homes, 365 other structures [destroyed] and the impact that had to our county…the tree mortality…Tuolumne County got hit with it first, but we are seeing it move through our county at a pretty rapid pace – and all that goes with that. We had the passing of the Sheriff [Gary Kuntz] in the past year. We have had the decisions of the board to look at and then to regulate cannabis cultivation. So, there have been a lot of things that have gone on.”

On the latter subject, Ryan points to the enormous challenge created by the urgency ordinance; including working to fill out supportive infrastructure and expanded staffing levels while dealing with the largely unexpected number of registrants. Candidly, she says, “I think all of the departments that are dealing with this…they are doing a remarkable job.”

Not exactly sure how the supervisors will decide to proceed, Ryan anticipates they will shortly start a recruitment or appointment process, perhaps deferring the hiring to the new board. Asked what she might offer in the way of advice to potential successors, she remarks, “It is an incredible job. The best things you can do, to me, are to work closely with the department heads and develop the relationships as well as build trust with board — it makes the job much easier.”

Ryan projects that her last day on the job will be Dec. 28. As for her actual retirement plans with her husband, she chuckles, “We talked about a lot of things. My daughter lives in Stockton and we have deep, deep roots in Calaveras County. But, I am a warm weather person and I am happiest when I am sitting on a beach somewhere. So I really don’t know what the future holds, as far as where we will be — whether we will remain here part-time and someplace else part-time or whether we will stay permanently…we just have not made those decisions. I guess we have not had a whole lot of time to stop and think about it.”