Not A Typical Vehicle Theft 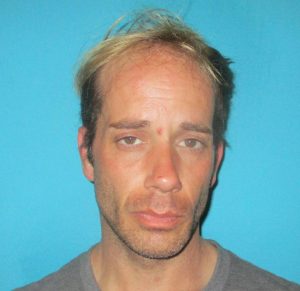 Sonora, CA – It was not your ordinary vehicle theft; in this case, a thief jumped on an electric cart at one Sonora shopping center and drove it to another one.

Sonora Police received a call regarding an electric shopping cart being stolen from a store in the Crossroads Shopping Center on Sanguinetti Road. The rider then headed up Greenley Road and turned right onto Mono Way, where he pulled into the Timber Hills Shopping Center.

An officer was sent to the scene and located 37-year-old Joshua Eugene Kelly on the cart. After further questioning, he was subsequently arrested for stealing the cart. It was returned to the store undamaged. Kelly was placed on $20,000 bail for grand theft, which requires the stolen item’s value to be over $950.

Of note, Kelly was arrested in April 2020. This incident also took place at the Crossroads Shopping Center in Sonora. As detailed here, Kelly was taken into custody for allegedly setting a fire behind one of the stores.