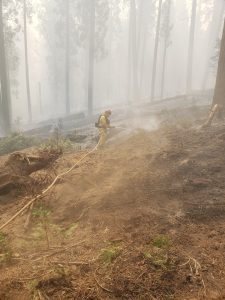 The bans are to reduce the threat of human-caused wildfires like the Washburn Fire, currently burning in the park and which this week was determined to have been ignited by man since there was no lighting the day it started, as detailed here. The restrictions will go into effect on Saturday, July 16th at 12:01 a.m. Park officials provided the following fire restrictions within Yosemite National Park and the El Portal Administrative Site:

Visitors are also asked to follow the campfire rule of making sure it is out cold using the “drown, stir, and feel method” detailed below: