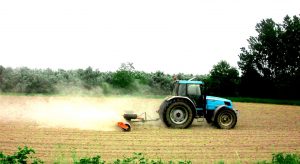 Sacramento, CA — A bill up for debate in the California legislature would spend $1.5 billion to acquire water rights from interested farmers.

The water rights allow farmers to pull water from rivers and streams to irrigate their crops.

The state, along with environmental groups, and farmers, often argue how much water should be left in the waterways to protect endangered fish species. The debates are heightened during times of drought. Democratic Senator Bob Wieckowski argues that farmers voluntarily selling those rights would eliminate some of those debates. It would put more control in the state’s hands.

The proposal is part of the budget negotiations between lawmakers and Governor Gavin Newsom.

Senator Brian Dahle, a Republican running for Governor, is voicing out against the proposal. He argues that the only reason farmers would voluntarily sell water rights is because of the state’s burdensome regulations placed on them. He calls the proposal “ridiculous.”

Wieckowski compares the situation to a company (in this situation the government) buying back stock.