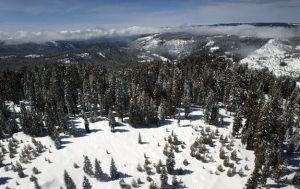 The State of Jefferson could become the USA’s fifty-first state and would include Tuolumne, Calaveras, Amador, El Dorado and nearly every county north of Sacramento.

Joe Bick, local resident and advocate for the new State of Jefferson, was Friday’s KVML “Newsmaker of the Day”.

On Wednesday January 6th at 10 AM, those behind the movement will be in Sacramento Declaring the Petitions of Separation to the Secretary of State for recording and then walking them over to the Legislators office for presentation.

According to Bick, Tuolumne and the other counties included in the State of Jefferson have not had adequate representation in the California state legislature for the past several decades. The most expeditious way to restore representation is to create a new state where local issues by local people can be dealt with and representation will be restored. The “Jefferson” state movement is using the legal method of engineering a state split through the formula required by Article IV Section 3 of the US Constitution. This formula necessitates a greater than 50% majority of both houses of the state legislature and Congress approving the split in order to create a state out of an existing state or states.

In order for “Jefferson” to be successful, three tenets must be completed or verified. First, counties that want to be part of the new state must have their Supervisory Boards Declare and Petition to Separate from California and join the new state (Declarations) which creates standing for each of those counties. Second, financial viability for the new state must be validated. Third, the state and national legislative actions outlined above must achieve a majority result.

As of January 1, 2015, six counties have Declared and Petitioned to Separate from California and join the new state of “Jefferson”. Both the California Legislative Analyst’s Office (LAO) and an internally generated financial model have shown that “Jefferson” is a viable entity. By the end of January 2016, six counties will have had their Declarations filed with the Secretary of State of California which could initiate the legislative phase of state separation. The legislative action will be delayed long enough to determine if additional counties would like to join the new state. There are 14 additional counties that have active committees trying to educate the public and reach their supervisors with the message of republican based representation which is guaranteed in Article IV Section 4 of the US Constitution.

Bick stated that only six senators and assemblymen come from the twenty northern most counties of California. In comparison, 35 of 120 come from Los Angeles County alone. As go the large population centers, so goes the entire state.

The formula to create a new state as outlined in Article IV Section 3 of the US Constitution is fairly simple but achieving the end result requires dedication and a thorough understanding of all parties involved.

“Jefferson” must be shown to be a win-win for both the new state and California. For “Jefferson”, representation would be restored and how it chooses to govern itself will be determined within its borders. What remains of California will be two-thirds of its original land mass but greater than 95% of its population. This should enable the California legislature and governor’s office to be more efficient and effective in creating and executing laws that directly relate to the population they govern. The concentrated urban centers would benefit from a government that is familiar with the issues and solutions required of an increased population density. Those within “Jefferson” face completely different challenges that would best be met by those who share similar circumstances.

Bick acknowledged that there are critics of the plan and he knows this will not be an easy task. Bick emphasized that the pursuit is legal and that a variety of concerns will be addressed at upcoming community gatherings.