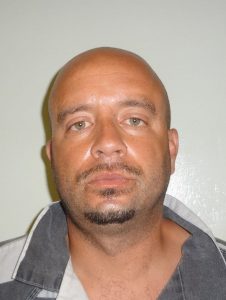 Sonora, CA – A person flagged down a Tuolumne County Sheriff’s patrol car on South Washington Street outside of the shelter around 7:30 p.m., Wednesday and reported the alleged assault.

The deputy then called Sonora Police Department to report that a male resident had forced a 33 year old female staying at the shelter to perform an oral sex act. Further investigation resulted in the arrest of 40-year-old Anthony Moore, whose last known address is in Richmond, but he was taken into custody at the shelter. Chief Mark Stinson would not comment on wether a weapon was used during the alledged assault.

The Sonora Police Department reports Moore was taken into custody without incident. He was taken to the Tuolumne County Jail and booked for felony forced oral copulation, felony inflecting corporal injury and misdemeanor battery.