Pendley Will Serve As Consultant 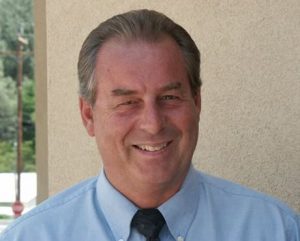 Columbia, CA — The Columbia Elementary School Governing Board has decided to keep Superintendent John Pendley involved as a consultant

Dr. Pendley will not receive a stipend or salary per se, but will have funding extended for some health and welfare benefits, costing the district $9,000. Pendley will serve as a mentor for incoming Superintendent/Principal Craig Bowden and new Learning Director Dan Nunn.

Columbia Elementary Board President Jo Rodefer says, “It’s a very common practice when certificated employees retire that health and wellness benefits are extended up until they reach the age 65. What’s unique about this is that John Pendley said he wouldn’t take it, unless he could offer something in return. That was the Genesis of the consulting agreement.”

The agreement with Pendley was approved unanimously by the school board, and it will run for at least one year. It could be extended if the board so chooses.

Board President Rodefer claims it will help ensure a seamless transition when it comes to budgetary matters. She notes that the district has also recently received funding to help finish an athletic field project on campus, which is something that Pendley will likely come back and assist with.

Rodefer says Pendley will not have a regular presence on campus, but will be called upon when needed. The school board indicated that it’s more of an added benefit to have Pendley’s help, and this is not a position that would have been created otherwise. Rodefer says she is unsure if the district has ever approved a similar type agreement with an outgoing administrator.

Pendley is retiring as Superintendent at the end of the month. He oversaw the construction of many improvements on campus during his tenure, but will be remembered most vividly by many for the controversy surrounding his son Brennan Pendley’s arrest for unlawful sexual acts on campus. The younger Pendley later worked at Belleview Elementary as well, a school where John Pendley also served as Superintendent.