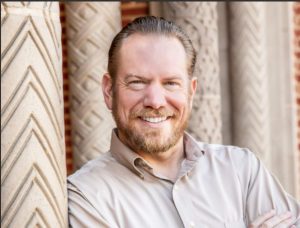 Nathan Magsig is a member of the Fresno County Board of Supervisors and is running for California’s 5th Congressional District, which includes Tuolumne, Calaveras and Mariposa Counties.

Magsig stopped by the studio and was Friday’s KVML “Newsmaker of the Day”. Here is the transcript of the edited interview between KVML’s Mark Truppner and candidate Magsig.

Truppner: First off, welcome to the Mother Lode.

Magsig: Thank you Mark. It’s good to be here.

Truppner: You are a Fresno County native and the son of a Pastor. You yourself also served as a Youth Pastor. May I ask what church?

Magsig: Absolutely. New Covenant Community Church is located in Fresno. I’ve been attending there for 25 years and served as a Youth Pastor for about four of those years.

Truppner: What type of religion or denomination is that?

Magsig: That is a Baptist church.

Truppner: Are you still active with the church?

Magsig: I am and actually I just spent a weekend in Las Vegas to watch NASCAR races, with my Pastor and my middle son, who loves NASCAR.

Truppner: You were first elected to the Clovis City Council in 2001, the Fresno County Board of Supervisors in 2016, and you worked as a legislative aide in the California legislature. What experience do you have in the private sector, if any?

Magsig: Well, I’m a licensed General Contractor. I ran a nonprofit construction company for ten years that built affordable housing in both Fresno County and Madera county. Also, I was the Energy Director and ran all construction projects for Fresno Economic Opportunities Commission. That is a Corporation that had a budget of about $120 million and 1,100 employees. So I’ve been involved in working in affordable housing and working with many different nonprofit organizations. Also (I) was involved in building a homeless facility for women and children, working with the Fresno Rescue Mission. That facility is called ‘Rescue The Children’ and it has been in operation for about ten years now. Thousands of homeless women and children have used that facility and really the greatest work that I’ve had an opportunity to do in my life is working with the underserved.

Magsig: As far as I know, I believe he is.

Truppner: He is a Republican and so are you. He is also the current Congressman for this section of the Mother Lode. Why are you challenging an incumbent fellow Republican?

Magsig: You know, for me this District 5 seat is a new seat and I really don’t see it as me taking on Tom per se… Congressman McClintock, I consider him a friend and for me I take a look at the issues affecting this particular region and really things are getting worse, not better. Right now, we are very politically charged across the entire United States and when I look at issues like forest management, issues like local control, water, agriculture; these are issues that cut across partisan lines and we need to be working together, both Republicans and Democrats, to get these issues solved.

Truppner: If you win, would you get along well with Democrats in Washington DC?

Magsig: You know, I’ve been working well with Democrats for over twenty years and again for me, I’m the type of person that just wants to get things done. And so right now on our Board of Supervisors, we have three Republicans and two Democrats. But if you ever watched how we operate, we focus on issues and we leave the partisanship at the door.

Truppner: How long have you been a Republican?

Truppner: Who do you admire the most in Congress right now?

Magsig: That is a great question so… Congressman McCarthy has done a great job I believe, keeping the Republican Party together and I do believe that he is going to be the next Speaker of the House of Representatives. So when I think about all the Congressmen and women that we have serving across the United States, he impresses me very much.

Truppner: And of course you are talking about House Republican Leader Kevin McCarthy. He is a nearby regional neighbor of yours in Bakersfield, and one of his big issues has been border control. Do you share his concern about illegal immigration?

Magsig: So, I do believe that we need to secure our borders. Right now we have individuals that are crossing into the United States that do not have the best interest of the United States at heart. So really, any country needs to secure its borders. But I’m also one who believes that when it comes to labor and anyone who wants to come here to the United States to contribute and to be a part of the American Dream, I want those people here as well.

Truppner: You have been into the Sierra National Forest and you’ve visited the Stanislaus National Forest. You know that those are not healthy forests. What needs to be done?

Magsig: Ultimately, there is way to much fuel on the forest floor and we need to be managing our forest. That includes both prescribed fires but also mechanical thinning too. I believe out timber industry needs to be revived. We need to be building more bio-mass plants, so a lot of that material coming out of the forest can be burned and electricity can be generated. But we need timber right now. Affordable housing is a big issue across the entire state. So we can revive industries that used to be here fifty, sixty years ago again… to have a healthy forest, we definitely need to be thinning it.

Truppner: The largest problem facing the agricultural community is ___ ?

Magsig: Water. One of the water projects that I want to focus in on is called the Big Dry Creek Project. So, the Federal Government through the Army Corps of Engineers maintains a number of flood control basins on the Valley floor. These basins need to be repurposed so they can hold water storm water flows and be used not only for three hundred or five hundred year events, but for years or months like we had in December, where we received so much rainfall, millions of acre feet were allowed to flow out into the ocean. We could have used these basins to hold water back, that would help both with recharge and we could have conveyed that water when we need it most, which of course is coming up here in the Spring, Summer and Fall months.

Truppner: Haven’t the few Republicans from California that are in Congress, haven’t they been trying to make that change happen?

Magsig: You know, I take a look at Republicans like Devon Nunez who worked for eighteen years trying to make changes, trying to get funding to build Temperance Flat. That was one of the projects that he was focused in on. And he did incredible work. But you know what? More work needs to be done. I do believe as we work in a bipartisan fashion, and also as the public involved in these issues, that together we can solve these problems.

Magsig: Well, of course my preferred news source is KVML. I get all of my news and information from that source only.

Truppner: (laughing) That’s a very diplomatic answer. We’re going to find out by the end of the day, today, exactly who your competition is. So, are there any secrets you need to confess now before they dig it up?

Magsig: Again I’ve been in public office for over twenty years so I would say that if there are any secrets out there, they have already been revealed. But again, I’m running because I love having an opportunity to serve and I look forward to serving the residents of District 5.

Truppner: Nathan Magsig is running for California’s 5th Congressional District. Thank you for your time.

Magsig: Thank you. You have a great day.