Calaveras Warns Of Mine And Cave Hazards 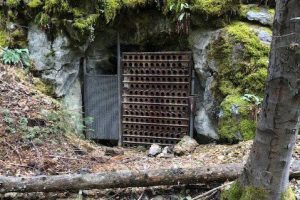 Abandoned mine in Calaveras County

“Remember, no matter how enticing a selfie in a cave or mine may be on your social media, it’s not worth serious injury or death,” according to Calaveras Sheriff’s spokesperson Lt. Greg Stark

Safety is a key concern with these underground areas. While the industry is heavily regulated today, during the gold rush there were no rules, resulting in hasty and dangerous work that with the passage of time has only become more dangerous, disclosed Lt. Stark. He added “You should never try to explore or enter an abandoned mine. It is vital to remind your children about the importance of staying away from and out of mines.”

Each year, a number of individuals are killed in abandoned mines. Sheriff’s officials provided this list of mine and cave safety hazards:

A rescue from an underground confined space requires a specially trained and licensed rescue team. The closest mine rescue team to the Mother Lode is in San Bernardino County. It was called to Tuolumne County in February of 2017 for bones found in a mine shaft near Groveland, as reported here. The remains belonged to 58-year-old Groveland resident, Noel Burch, who had been reported missing, as detailed here.

Lt. Stark noted with the team coming all the way from southern California, “the reality of the response timeline is that a rescue may turn to a recovery.”