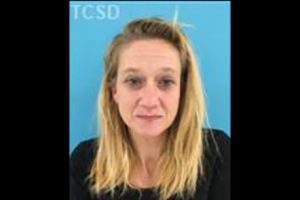 Sonora, CA – A mini-fridge, a metal chain and an argument landed a Sonora woman behind bars for child abuse.

A call reporting child abuse came into Tuolumne County Sheriff’s dispatch last Friday around 5:15 p.m. Deputies responded to a home in the area of Trace Road in Sonora. During questioning of a witness, the under-aged victim and suspect deputies learned that a disagreement between 37-year-old Andrea Gladysz and the victim began over a mini-fridge.

Gladysz was arrested without incident for felony willful cruelty to a child and placed on a $25,000 bail.