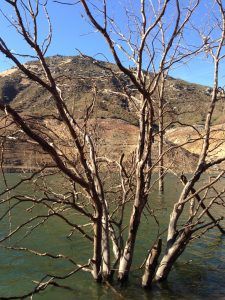 Sacramento, CA — California’s top water officials want to flood water projects with up to $500 billion in additional spending in the coming decades. The catch — residents could end up footing the bill.

This proposal is part of the state water plan Update 2013, released today by the state’s secretary of natural resources and the head of the state’s water resources department. In addition, the plan calls for better water management coordination among local, state and federal agencies. It urges more spending on water from storage to flood control to conservation. One way to pay for the billions would be to charge residents a state water user fee, yet to be determined.

Next Tuesday voters will choose whether to pass the Governor’s $7.5 billion water bond, which compared to the latest water plan update is a drop in the bucket.