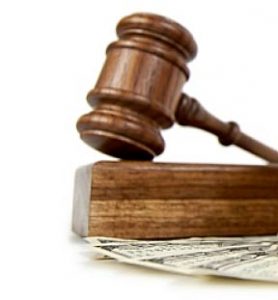 Stockton, CA — A Judge has approved a debt plan for the City of Stockton. Judge Christopher M. Klein of the Federal Bankruptcy Court for the Eastern District of California in Sacramento ruled today that the city of Stockton can move forward with the reorganization of more than $900 million in long-term debt while pensions will remain unaffected.

The Stockton bankruptcy ruling has been watched closely by other financially troubled cities such as San Bernadino and Detroit who also have large pension liabilities. Stockton’s plan to exit bankruptcy did not include the termination of its contract with Calpers, therefore the ruling did not address if state laws giving Calpers the ability to accelerate all of Stockton’s future pension contributions can be pre-empted by federal bankruptcy law. Judge Klein restated his ruling on October 1st that state law did not pre-empt federal bankruptcy law and there is nothing different about Calpers debts from other debts that Stockton owes. He also noted that Stockton’s $1.6 billion pension contract with Calpers was not Stockton’s biggest creditor.

Stockton’s proposed plan was accepted according to Klein, because it made “significant concessions,” especially to the retiree health plan which was eliminated. The total loss to retirees is an estimated $550 million. At one time Stockton had promised all city workers and their dependents free health care in retirement but did not set aside money to cover the cost.

The city negotiated deals with all major creditors except Franklin Templeton Investments, which argued it was being treated unfairly by being told to walk away from collecting nearly $32.5 million it is still owed. Franklin Templeton’s attorney, James Johnston, told the judge, “We will evaluate our next steps.”

Stockton filed for Chapter 9 protection in 2012. The city was hit hard by the economic crisis and has the second highest percentage of home foreclosures in the nation.