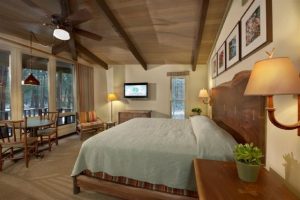 Fresno, CA — A Yosemite Hotel Assistant Manager has been charged with fraud. A Federal Grand Jury has indicted 34-year-old Jason Wilson of Yosemite charging him with wire fraud, aggravated identity theft, and taking property from the hotel.

Wilson allegedly changed 50 reservations and stole nearly  $88,000 in the process. The thefts occurred between October 2011 and December 2012 at Yosemite Lodge, a privately owned hotel in Yosemite National Park.

Prosecutors say after a customer would check out, Wilson would refund charges on the room claiming complaints of mice or bed bugs. However, instead of crediting the guest’s card he would put the money in his or his wife’s account. In addition, Wilson would reverse the charges for a no show to his own debit card and not credit the customer.

Wilson faces 5 to 20 years in prison and a $250,000 fine if convicted of wire fraud or theft in a special territory. The aggravated identity theft carries a mandatory two years in prison.