Serial Rapist Accused Of Another Attack By Second Sonora Woman 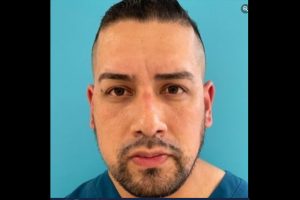 Last week after his arrest, Sonora and Turlock police had warned of possibly more victims in the Foothills and Central Valley; and on Monday another Sonora woman came forward. This time the victim was not a homeless female, but a 33-year-old woman who was an acquaintance of Pimentel, a Surgical Technician at Adventist Health Sonora. She reported the sexual assault happened in early August when she agreed to go for a ride with him. She detailed to police that after pulling over on a dead-end road, he allegedly pinned her down and raped her.

As reported here last week, Pimentel was arrested for the same charge after a DNA match came back related to an incident in June. In that case, he offered a homeless woman a ride and went to an undisclosed location where he raped her by force, according to police. Investigators learned Pimentel had also been arrested by Turlock Police for the rape of a homeless woman there. In that instance, the female reported he offered her a ride and took her behind a closed business, and then raped her.

Sonora police revealed that they have received several tips regarding other incidents involving Pimentel, including a female who possibly thwarted an attack. The woman reported that while walking Pimentel had pulled over in an SUV and asked her if she needed a ride. She told the police she refused, but he began to follow her. She says she then pulled out pepper spray from her purse while also calling police on her cell phone, and he took off.

For this newest charge, Pimentel has been placed on a $1.5 million bail. His original bail was $150,000 but the day after his initial arrest the Tuolumne County District Attorney’s office asked for a higher bail amount and a judge hiked it to $1 million.

Police are still encouraging other possible victims to come forward by calling the department at (209) 532-8141.