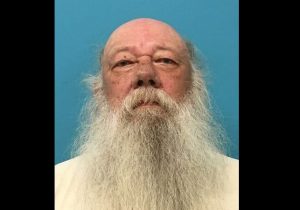 Numerous calls came into dispatch at 8am on Wednesday regarding a man shooting at a vehicle in the park, located on Wards Ferry Road. Deputies responded to the area, along with a SWAT team that happened to be training in the area.

Sheriff’s office spokesperson, Deputy Nicco Sandelin, says, “Arriving deputies were pointed to 62-year-old James Christopher of Sonora standing on the front porch of a residence. Christopher complied with orders and was quickly handcuffed and secured in a patrol vehicle.”

Two victims were located in a vehicle parked at the residence, and responders began rendering aid.

Deputy Sandelin adds, “The preliminary investigation suggests Christopher and one of the victims were previously in a romantic relationship and lived together. The morning of the incident, the victim was accompanied by an acquaintance. The two arrived at the residence together in a vehicle. Upon arrival to the residence, Christopher was standing on the front porch of the residence with a pistol in his hand.”

Christopher is charged with attempted murder, felony domestic battery and willful discharge of a firearm with gross negligence.