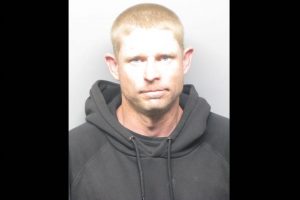 San Andreas, CA – An Angels Camp man is behind bars in the Bay Area for sexually assaulting minors, but investigators are putting out the word that there may be more victims.

The investigation involving 38-year-old Cory Baugh, began in November of last year by the Brentwood Police Department. Baugh was accused of sexually assaulting both male and female minors several years ago, while a resident of Brentwood. Detectives disclosed that Baugh reportedly befriended the victims between 2011 and 2015.

Calaveras County Sheriff’s officials arrested Baugh on May 10th, and he is currently at the Martinez Detention Facility in Contra Costa County. Sheriff’s spokesperson Sgt. Greg Stark details investigators there put out the alert for potential other victims. He details, “Based on information revealed during the investigation, it is believed there may be more victims that have yet to come forward.”

Stark did not know if there was a direct link to any possible victims or witnesses to any minor sex crimes in the county. Anyone with information or potential victims is asked to contact the Brentwood Police Department by calling Detective Ruth Talley at 925-809-7793.