A Spike In Emergency Services In Tuolumne County 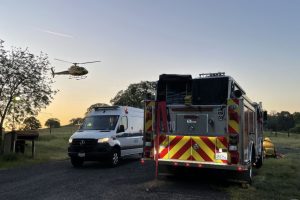 Tuolumne County, CA – Tuolumne County saw a hike of 131 emergency incidents in April versus last year at the same time, according to fire department officials.

Those services include medical, fire and other urgent responses. Tuolumne County Fire Department (TCFD) released stats from April showing a total of 488 incidents in the department’s jurisdiction compared to 357 during the same month in 2020. The figures also revealed a 16.2% increase in service from the five-year April average of 420.

The department also noted that from January 1 to April 30th, TCFD has responded to 1,939 incidents within the jurisdiction compared to 1,766 during that period last year. They added the five-year average of 1,797 is a 7.4% increase year to date.

A breakdown of the 488 emergency incidents last month included 337 medical aids, 60 fires, and 91 other incidents. For more details on those services, click here for the TCFD April 2021 Monthly Activity Report on happenings, significant incidents, and updates from Fleet, Training, and the Prevention Bureau.