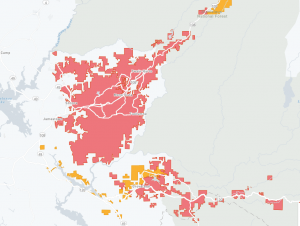 PG&E spokesperson Jason King tells Clarke Broadcasting, “PG&E was conducting maintenance on our system in the area that required us to utilize a backup generation source, and the outage occurred when the backup failed.”

The outage impacted tens of thousands of customers, stretching from Chinese Camp to Strawberry. It started at around six o’clock in the evening and was restored to many about two and a half hours later. Others were without electricity for a couple of hours later.

A similar number of customers lost power in Tuolumne County on March 6 and April 15. We reported earlier that PG&E attributed those outages to “transformer equipment failures” which impacted the 115 KV transmission line.