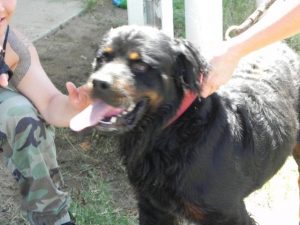 Tuolumne City, CA — Evacuation notices remain the same, but T.C. Sheriff’s Officials want to make sure animals in the affected areas are prepared in case residents are forced to leave. They say animal control is available to house and transport animals.

Sheriff’s Spokesperson Scott Johnson says, “The only thing they warn is that if your pet has behavioral issues or medical conditions that the shelter may not be the best place for them. ”
The shelter will assist evacuees with finding shelter for all animals, including livestock. You can call them at 209-694-2730.


Stan Kellogg’s Ranch is outside of Tuolumne City. He doesn’t believe he will have to evacuate his cattle.

“I’m irrigated all around. I’ve got great defensible space. I’ve moved all of my cattle from outlying pastures where they could be in danger from the fire. I’ve moved them home in the green grass so they will be safe,” says Kellogg.

Kellogg says that also puts them closer to home in case they would have to be loaded up to evacuate.