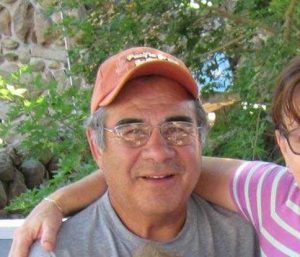 Don Pedro, CA — Missing flood victim, John Honesto has been identified almost three years after he went missing. On January 31, 2021 hikers in the area of Piney Creek located a body in the mud. Mariposa County Sheriff’s Deputies were able to recover the remains and transport them to the Coroner’s Office. Honesto was identified using dental records and returned to his family. The Sheriff’s office says, “We are thankful they are finally able to have closure.”

67-year-old John Honesto of Don Pedro, was reported missing during the March floods of 2018. On March 22, 2018, there was a large washout of Highway 132 during a storm. The seasonal creek is typically 4 ft. wide, but it expanded to 150 ft. at its peak flooding stage. The waterway continues to the Bear Creek Reservoir about 10 miles away. Honesto’s vehicle was located in the days after the flood as reported here about a mile downstream from the washout. Honesto was a substitute teacher at the Coulterville/Greeley Hill School.

Honesto was not the only victim of the storm, 72-year-old Carol Brown of Cathey’s Valley also perished due to the same washout as reported here.