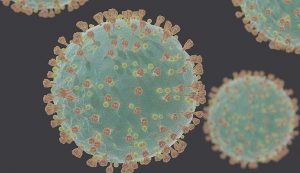 Sonora, CA — Tuolumne County’s Interim Health Officer is raising concerns about what he calls “explosive growth” in COVID-19 cases over the past two weeks.

With 55 new cases reported yesterday, Dr. Eric Sergienko indicated that the local response, and contact tracing efforts, are on the edge of moving from “containment” to “mitigation.” Contact tracing is done to isolate positive cases, and then reach out to close contacts before they potentially expose others. If the strategy moves to mitigation, the focus shifts to messaging, as the spread becomes more difficult to control. The county has reached out to regional partners in neighboring counties for assistance with current contact tracing.

The information was relayed when Dr. Sergienko, and other local officials, spent time this morning taking questions from the local media. He indicated that many of the cases spurred from household get-togethers, or parties, turning into “super spreader” events. There has also been some workplace-related spreading, and some cases among students and staff at local schools.

He stressed the importance, now more than ever, of staying home if you are sick, wearing a mask and practicing social distancing.

Asked about why the county doesn’t name businesses where breakouts occur, so that people could know before going, Dr. Sergienko, referencing specially eateries, said, “If they have taken appropriate health actions, by the time that we would release the information on that, it wouldn’t be a problem at that restaurant.”

He said Public Health works with businesses on messaging about cases, and steps to take, in order to reopen as quickly and safely as possible.

Questioned about schools, it was revealed that 10 cases have been connected to either students or staff at five different local schools. Dr. Sergienko said it has been “more staff than students.”  It appears the virus was spread at events happening away from school and not in the classroom. Adding, “The control measures that the schools have implemented ensuring that teachers maintain social distancing when possible, and that everyone is wearing a mask when possible, has all really reduced our risks within the schools.”

The Public Health Department does not release the names of schools with staff or students impacted, and instead advises the districts on messaging when alerting staff and families.

He added that moving to a more restrictive “red tier” next week would not have an impact on schools.

Asked about high school sports, the California Department of Public Health will release the youth and adult sports guidance later today. He hinted that there will be an allowance of sports, but it is unlikely that the state will allow different schools to compete against one another in a traditional sense. Conditioning and competing would be isolated to athletes at the same schools. More information will be forthcoming.

Also, the free testing site at the Mother Lode Fairgrounds has been reaching capacity, so it is important to make an appointment, instead of just stopping by as a walk-in. Dr. Sergienko said the Public Health Department will be working to finalize a plan this weekend to expand local testing, with information likely coming on Monday.

People are also advised to avoid in-person get-togethers over the coming holiday season, as was referenced, some of the recent cases were tied to gatherings around Halloween time.

Summing things up, Supervisor Ryan Campbell, who sat in on the meeting, stated, “The main takeaway is that the wheels have not come off the cart yet.” There is still time for the community to take needed steps and precautions to slow the spread.

After Tuolumne County likely moves to a more restrictive red tier after Tuesday, the earliest it could move to the most severe purple tier is December 18. That would take the county having two consecutive weeks with over 42 cases, something officials strongly want to avoid.