Firefighters Remain On Scene Of Brady Fire Near Jupiter 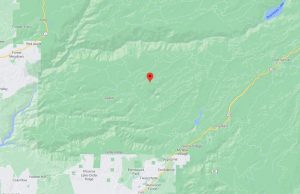 Jupiter, CA — There is still some smoke coming from the area of the Brady Fire in the Stanislaus National Forest this morning.

The fire was spotted yesterday during the early morning hours outside of Jupiter, and it remains about two acres in size.

She adds, “Firefighters will continue to mop up and monitor the situation.”

The fire is northwest of Jupiter in the area of Forest Road 4N17. It is not immediately clear what caused the fire. Precipitation projected this weekend could likely fully extinguish the blaze.