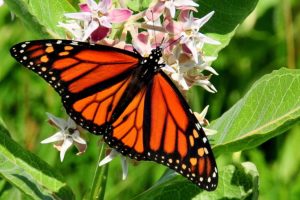 The donor, Yosemite Conservancy points to the demanding year for the park due to the COIVD-19 pandemic.

“Yosemite inspires daily and in difficult times,” said Yosemite Conservancy President Frank Dean. “It feels more important than ever for the Conservancy to support improvements all around the park, to preserve its natural and cultural wonders, and to offer ways for people to connect with Yosemite in person and from afar.”

The conservancy funds are going to more than 35 projects including wildlife-focused grants. The group touts a study completed this summer that revealed peregrine falcons are nesting in places never before recorded. They explain that research is helping wildlife managers refine strategies to protect the falcons’ breeding areas. Another grant is allowing researchers to release more than 100 Sierra Nevada yellow-legged frogs in high country lakes and to study previously released California red-legged frogs in Yosemite Valley using microchip readers, helping to reestablish those vulnerable amphibian populations. This fall, another project will expand the monarch butterfly habitat in Yosemite Valley by removing non-native plants and planting native flora.

“Our 2020 projects are a powerful testament to our donors’ generosity and love of the park,” said Dean. “They also speak to our positive and productive partnership with the National Park Service, and to the incredible dedication of our staff and partners to have our work continue in a meaningful way during this turbulent year.”

Another area of focus is restoration projects that include repairs on popular trails in Yosemite Valley, including the Mirror Lake, Yosemite Falls, Four Mile trails, and backcountry trails as well. Conservancy officials also relay that work is underway to revitalize wetlands in eastern Yosemite Valley by planting native vegetation and installing a boardwalk to enable people to cross the area without harming habitat. Already in Yosemite Village, historic preservation experts repaired a stone fireplace in the 100-year-old Rangers’ Club, which is a National Historic Landmark and the product of early 20th-century park philanthropy, according to the group.

While the pandemic prompted the cancellation of many of the Conservancy’s usual activities in the park this season, including volunteer programs and Yosemite Theater shows, other educational programs shifted to virtual platforms online, click here for more details. They include, Adventure Risk Challenge, WildLink, the Yosemite Leadership Program, “Ask a Climber,” and the annual Parsons Memorial Lodge Summer Series, featuring presentations by writers, researchers, artists, and adventurers.

“We’re all trying new things and making daily adjustments as we search for a new equilibrium,” relayed Dean.