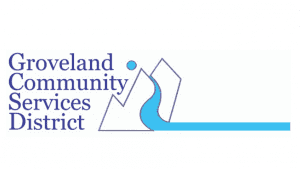 Groveland, CA — A major infrastructure project in Groveland can now get underway thanks to $4.3-million grant just received from the California State Water Resources Control Board.

The Groveland Community Services District has been planning for an extensive sewer project to replace many lines and rehabilitate others in the communities of Big Oak Flat, Groveland and Pine Mountain Lake.

The overall project will cost an estimated $5.8-million, and GCSD General Manager Pete Kampa says $1.4-million will be covered with a 30-year loan at 1.4-percent interest. That money is available because of rate increases approved by the district in 2018. The remaining $4.3-million will be fully funded by state grant revenue.

Kampa notes, “There are portions of the infrastructure that were built in the 1940s and has been operating long beyond its useful life and has a number of defects. That has caused more frequent sewer backups, maintenance, and things that have needed to be addressed.

The district will put out a request for construction bids in January with work getting underway as early as March of next year.