Sonora Man Arrested For Allegedly Forcing Another Driver Off The Road 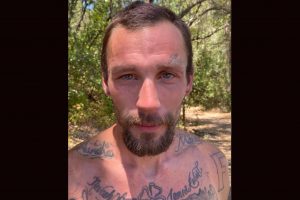 Jamestown, CA – A Sonora man was arrested for assault with a deadly weapon – a vehicle.

Sonora Police say 33-year-old James R. Haire was arrested on Sunday afternoon after he was spotted by officers at the Timber Hills Shopping Center on 1037 Mono Way. He was wanted for intentionally running a 2000 Chevy Silverado off Stockton Road, near Mill Villa Court, the day prior, Saturday, Oct. 10th at around 2:45 p.m. Police detail that the truck ended up down an embankment and luckily the driver was not seriously injured.

When officers arrived at the crash scene, Haire had already fled in his 1997 silver Honda Civic. Further investigation determined that he and the driver of the truck knew each other. Police detail that the two had been involved in a dispute over the victim’s pickup for several days.” However, they did not disclose exactly what the dispute was regarding the truck.

Haire’s bail was set at $40,000. The investigation remains ongoing.