Convicted Rapist Faces Up To Eight Years In Prison 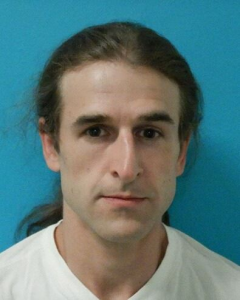 Sonora, CA — A local man who raped a sleeping woman he had supposedly given refuge to was found guilty after a jury trial.

Tuolumne County District Attorney’s officials report that on Friday, the jury convicted 34-year-old Gerald Allen Kraft for one count of rape of an unconscious person.

Assistant District Attorney Eric Hovatter, who prosecuted the case, shares that the victim at the time of the crime back in the fall of 2017, was 18 years old and that Kraft had allowed her to sleep on the floor of his room after she had been physically assaulted at a Groveland park.

The victim awoke to Kraft having sex with her but eventually stopped when she moved her body. After leaving the house later that morning, the victim, over a period of several days following the rape, communicated with Kraft via text message asking him why he raped her after she had repeatedly refused his advances. In response to several of the messages accusing him of the act, the defendant said he “didn’t know why,” and that he had “f’d up.”

Assistant DA Hovatter says the messages, captured in photographs by a Tuolumne County Sheriff’s deputy when the woman reported the incident a week later, were shown to the jury during the trial. Hovatter adds that, significantly, Kraft’s phone was later seized by deputies as part of the investigation and that the jury was able to view a printout of the messages present on his phone with several of his most incriminating responses shown to have been deleted by the defendant.

It took the jury less than 90 minutes to confer and return to the courtroom with its guilty verdict. Hovatter says Kraft’s sentencing is set for later this month and that he faces up to eight years in state prison and will also have to register as a sex offender.