Elderly Man Injured In Surprise Attack Outside His Home 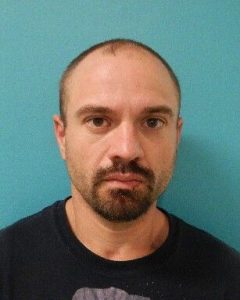 Sonora, CA — Deputies recently responded to an assault on an elderly victim by a man he did not know, wielding a hammer.

According to Tuolumne County Sheriff’s spokesperson Deputy Nicco Sandelin, the location was on Rugged Trail in Sonora. When deputies arrived, the elderly victim told them he was attacked outside his home, struggling, until another unknown man showed up and pulled off the attacker.

The victim, who sustained moderate injuries to his legs and arms, was subsequently able to quickly retreat into his home and called law enforcement.
The attacker, later identified as 35-year-old Tyler Fernandez of Soulsbyville, was no longer on the scene but the victim was able to provide deputies with a direction the suspect and the other man had fled.

Sandlin reports that Deputy V. Lee deployed his K9 partner Zeus in an attempt to track and locate him and the K9 led deputies approximately a quarter-mile to a vehicle parked along the roadway where Fernandez was found sitting inside the front passenger seat.

He was ordered out and placed into handcuffs. The other unknown man was later identified as a family member of the suspect who heard the commotion and intervened.

The deputy adds that investigators later learned that Fernandez lived near the location where he was found and there was no clear motive for the attack. The suspect was subsequently arrested for elder abuse and assault with a deadly weapon and assigned a $40,000 bail.