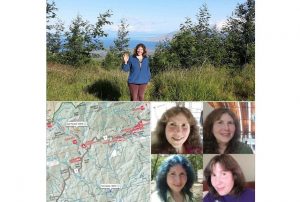 Yosemite, CA – Yosemite National Park staff and other cooperating agencies continue to assist the Madera County Sheriff’s Office in finding a hiker who went missing over the July Fourth holiday.

This week, Yosemite officials are asking members of the public if you have any information about Sandra Johnsen-Hughes or if you have been in the area south of Merced Pass and Buena Vista Crest during July, even if you did not see her or her abandoned gear, to email or call the desk officer.

Johnsen-Hughes is described as a 54-year-old female, five-feet, three inches in height, and about 150 pounds with brown eyes and brown hair. You can view photos of her in the image box.

The missing woman was last seen on July 4 near the Chiquito Pass Trailhead in Madera County and was reportedly camping alone in the Sierra National Forest and had crashed her vehicle from which she was seen walking away after refusing assistance from other motorists.

A sleeping bag matching her recent REI purchase was found a few days later, off-trail, 2.5 miles north of the accident scene, and just inside the Yosemite National Park boundary. Her original campsite with most of her gear appears to have been abandoned.

Yosemite officials add, if you are out in the area and find belongings out there, do not touch them, Instead, take photos, note the exact location, and report it when you return from your outdoor activities.

Anyone with information or who has been in the same area where she went missing is asked to please email: yose_desk_officer@nps.gov or call 209 372-0610.