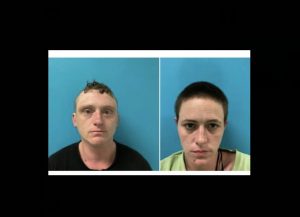 Sonora, CA — A man and a woman were arrested after attempting, but failing, to steal a car at the Downtown Plaza on Stockton Road in Sonora.

The Police Department reports that 29-year-old Roni Hatton and 28-year-old John McAdoo were allegedly standing outside a business for a long time, and when the victim turned her attention for a brief moment, Hatton stole keys from her and jumped into the vehicle with McAdoo. However, they were unable to start the vehicle, and were confronted by the victim, and bystanders, so they ran off on foot.

Both suspects were released from jail due to the $0 bail related to COVID-19. The alleged crime occurred on Saturday at 3pm.