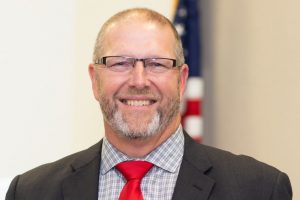 Sonora, CA – Sonora High has named a new superintendent for the district and he is no stranger to the school or the area.

“The Governing Board is very pleased to announce the selection of Ed Pelfrey as the new Superintendent of Sonora Union High School District,” said Dr. Jim Riggs, Board President.

District officials relay that Pelfrey actually began his career in Tuolumne and Stanislaus counties where he served as a social science teacher at both Sonora and Oakdale High Schools. He then took on the role of Sonora High Vice-Principal. But his roots to the area go even deeper as he also held the post of Columbia Elementary School Principal.

Pelfrey education and certifications include an Associate of Arts and Bachelor of Arts degrees in Social Science from Butte Community College and California State University (CSU) in Sacramento, Administrative Services Credential from CSU, Stanislaus, and Superintendents Academy certification from the Association of California School Administrators in Sacramento.

District officials inform that the board will take action on Pelfrey’s employment contract at its Tuesday, June 9th meeting. He replaces Dr. Mark Miller who abruptly stepped down from the post in mid-February when he and the board announced they had “agreed to part ways,” as reported here. Miller’s last day is not until June 30th. The district did not disclose when Pelfrey will take over the job, but in the past have stated they wanted to fill the position by July 1st.