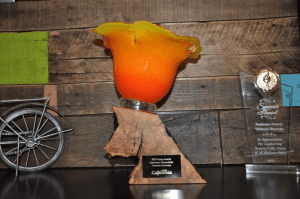 At Visit California’s biennial “Poppy Awards” held in San Diego, the regional tourism leaders were honored with the “Excellence in Destination Stewardship” award. It was in recognition of a collaborative digital influencer campaign. The funding for it came via a grant from Yosemite National Park to encourage travelers to visit the region during off-peak days or season, use public transportation and to arrive early.

“We are extremely honored to collectively receive this award,” stated Scott Gediman, Chief of Public & Legislative Affairs at Yosemite National Park. “Our gateway partners have been instrumental in working closely with us in getting the message out about how to visit the park responsibly.”

Visit California CEO Caroline Beteta says, “The Poppy Awards celebrate the best and brightest in California tourism promotion and inspire the industry to continue on a path of innovation and creativity.”

The event was held at the Marriott Marquis San Diego Marina and attended by around 800 tourism leaders. It was hosted by Olympic gold medalist Jonny Moseley and the host of Vision California’s “California Dream Eater” series, Chase Ramsey.