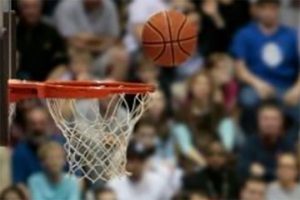 Sonora, CA – The high school basketball postseason is heating up as three teams, two boys and one girls, are moving onto the third round of play.

Two local rivals will hit the court for bragging rights, as Sonora and Calaveras square off in the CIF Sac Joaquin Division IV section semifinals. The Sonora High Boys remain the top seed in the after defeating the 9th seeded West Campus of Sacramento in a nail biter on their home turf, 65-60.

The Wildcats will take on 5th seeded Calaveras High after they beat 4th ranked El Dorado on the road in the quarterfinals, 57 to 47.  The winner will head to the championship game on Feb. 29th, Saturday at 7 p.m. They will face off against the winner of the 3rd seed Liberty Ranch (Galt) and 2nd ranked Union Mine (El Dorado) game.  Click here to view the full bracket.

The 3rd seeded Calaveras High girls defeated 6th ranked Ripon at home on Thursday in the quarterfinal of the CIF Sac Joaquin Division IV section. The final score was 57 to 49. Calaveras moves on to face 2nd seed El Dorado on Monday night at 7 p.m. Click here to view the bracket.

Unfortunately, the number 4 ranked Sonora High girls varsity soccer team lost their second playoff game last night at home against 5th seed El Dorado. Sonora did not score in the first period while the Cougars hit the net three times. The Wildcats kicked in two goals in the second period, but so did El Dorado, giving them the 5 to 2 victory.