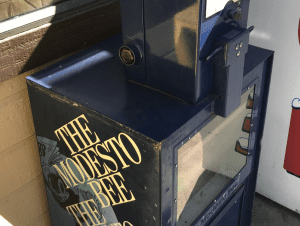 McClatchy operates 30 newspapers across 14 states. The Associated Press reports that the publisher’s origins date back to 1857 when it began printing a paper in Sacramento following the Gold Rush. That newspaper eventually became the Sacramento Bee.

McClatchy has filed a plan in federal bankruptcy court. Pending acceptance, a new ownership group will be led by Chatham Asset Management LLC.  The company hopes to restructure its debts and shed pension obligations during the reorganization.

McClatchy reports that between 2006-2018 its advertising revenue fell by 80-percent and the daily print circulation dropped by nearly 60-percent.