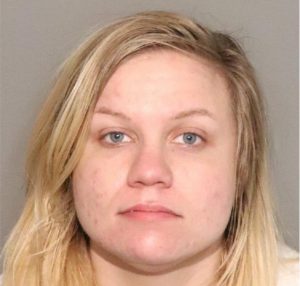 Angels Camp, CA — The Angels Camp Police Department has arrested a 21-year-old woman for burglary, possession of stolen property and possession of a controlled substance.

Bret Harte High School contacted the police department about several student lockers being burglarized. Surveillance video from the night before showed Brooke Hines allegedly jump over a fence and take items from the lockers. A search warrant was conducted at her home in the 300 block of South Main Street. While recovering items taken from the Bret Harte students, officers also found things reported stolen from other places, not at Bret Harte High. Hines was booked into Calaveras County Jail and the Police Department reports that victims are currently being notified about the recovery of their property.