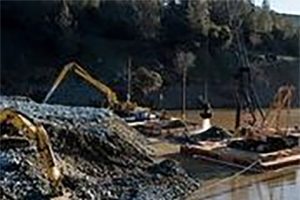 Sacramento, CA — California’s State Auditor cautions that three years after the Oroville Dam spillway broke apart forcing nearby residents from their homes due to possible catastrophic flooding — only 22 of 650 major dams in the state have finalized emergency plans.

The emergency plans were required by the state legislature after the crisis at Oroville’s flood-control spillway prompted the evacuation of 180,000 downstream residents in February 2017, as reported here. They are
supposed to “specify actions to minimize loss of life and property damage” when dam emergencies occur, according to the report.

Of the more than 1,200 that have been designated as “high hazard” or “extremely high hazard,” the law requires emergency plans for the 650 dams regulated by the state. Of those plans submitted by dam operators, according to the auditor’s report, state officials have kicked the proposals back to them for changes or are still reviewing them. Just 22 dams have had their plans approved. However, the report does not provide a list of any of the dams or their locations.

“Existing efforts by Emergency Services and Water Resources are not sufficient to address the lack of approved plans,” cautions the audit, which adds that it takes an average of 500 days to process the plans that have made it through the pipeline.

In a statement released by the Department of Water Resources, it states it is “ dedicating additional staff to its dam safety program” and has ordered 41 troubled dams to restrict the amount of water their reservoirs can store. The Office of Emergency Services in a written response also counters that it is the dam owners who “are responsible for most of the delay in finalizing emergency plans.”