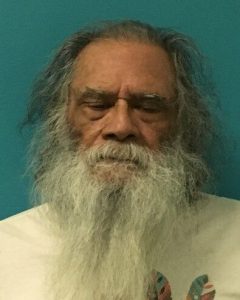 Sonora, CA – A landlord wound up behind bars after allegedly shooting at a tenant.

Deputies recently responded to a Tuolumne residence on Yosemite Road, according to Tuolumne County Sheriff’s spokesperson Nicco Sandelin, for a report that the landlord, 76-year-old James Garcia of Tuolumne, had broken out the home’s windows and shot a gun at a tenant.

Arriving deputies after making the scene safe, learned of a landlord/tenant dispute between Garcia, the reporting person and the targeted victim. Sandelin says the dispute reportedly boiled over when the tenants arrived home, saw Garcia breaking the windows, and a verbal dispute ensued. At that point, Garcia allegedly brandished a revolver style pistol and shot a round in the direction of the victim.

Garcia was arrested and booked for assault with a deadly weapon with a $50,000 bail. Sandelin says there were no injuries sustained from the incident.