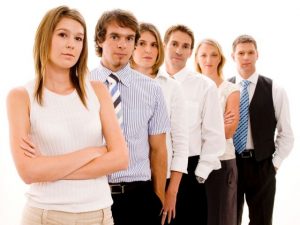 According to Davis, the positions offer competitive pay of about $18 per hour, flexible hours, paid training and weekly paychecks.

Anyone age 18 and older, such as recent high school graduates, college students, veterans, retirees, military spouses, seasonal workers, and people who are bilingual are highly encouraged to apply.

People who already have jobs and want to earn extra income evenings and weekends are also encouraged to apply.

“We are recruiting people in every community”, said Davis. “The application process begins by simply logging on to 2020census.gov”.

Once an application is received online, a follow-up phone call will take place.

Those who are hired will go through paid training and will be given an Apple iPhone and an iPad, specifically for the job.

The U.S. Census Bureau is an Equal Opportunity Employer. Jobs for the 2020 Census include both field and office positions throughout the United States and Puerto Rico. A single application allows you to be considered for several positions, including census taker, recruiting assistant, office clerk, and supervisory staff.