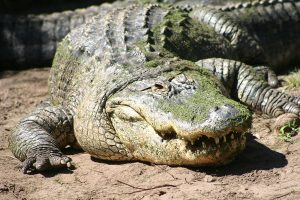 Sacramento, CA — A new law was set to take effect yesterday to ban the import and sale of alligator and crocodile products in California.

A federal judge has delayed implementation in response to a lawsuit filed by the State of Louisiana. The state’s Governor, John Biel Edwards, released a statement, reading, “The temporary restraining order is the first step in protecting Louisiana’s alligator industry, which creates jobs, supports our economy and contributes to much-needed coastal restoration efforts.”

The federal court will review the matter further on April 24. The suit argues that California is trying to destroy the alligator products market event though there are no alligators living in the state. The Associated Press reports that American alligators were removed from the U.S. endangered species list in 1987. Louisiana has seen a spike in Alligators, with nearly 3 million living either in the wild or on farms.

California’s new ban on alligator products was backed by a coalition of animal rights groups.