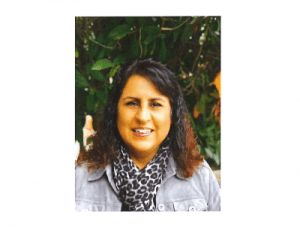 Sonora, CA — Tuolumne County has officially hired a new department head who will oversee 200 employees and 1/3 of the county’s budgeted funds.

Rebecca Espinso was picked to step into the role of Human Services Agency Director following the retirement of Ann Connolly. The agency oversees the Department of Social Services, Public Health Department, Behavioral Health and Ambulance.

Espino has spent 29 years working for the County of Tuolumne. She began as an Eligibility Supervisor and was later promoted to Welfare Program Manager in 2006. In 2015 she became the Deputy Director of Social Services.
The supervisors offered her high praise and approved her employment agreement with a 5-0 vote. Her five-year contract has a starting salary of $147,000.

Espino first thanked the board for the “amazing opportunity,” and followed by thanking her husband, children, mentors and fellow staff members.