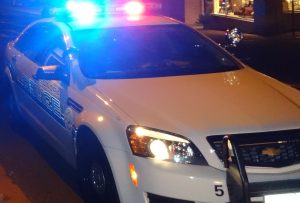 The Sonora Police Department followed up on a tip that there were multiple people using drugs in an SUV parked at the Timberhills Shopping Center in Sonora.

It happened at around 10:45pm. Officers responded and found the driver, 28-year-old Tuolumne County resident Michael Wagoner, in possession of hypodermic needles, a bag of methamphetamine and a meth pipe. A passenger, 32-year-old Sean P. Willey of Arnold, was arrested for having an illegal fixed blade knife, and another passenger, 34-year-old Hiram King of Modesto was arrested for having warrants out of Stanislaus County.  Two women were in the vehicle as well, and officers did not connect them to any illegal activity, so they were questioned and released.