Probation Check For One Lands Another In Jail 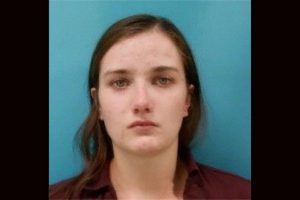 Jamestown, CA – A targeted probation check ends with a different person behind bars for drug-related charges.

The Tuolumne County Probation High Risk Supervision Team (HRST), which includes sheriff’s deputies, made a compliance check at a home in Jamestown on Wednesday morning. The subject of the probation check was in compliance, but it turned out another woman in the house, who was also on probation, was not.

Due to her searchable probation, 22-year-old Mistic Brandsted of Sonora, was frisked. Hidden in her clothing was just over 14 grams of methamphetamine, nearly 6 grams of heroin and various prescription pills. She did not have a prescription for the latter.

Brandsted was taken into custody without incident. She faces possible several drug related charges including sales. Her bail was set at $20,000.