More Felony Charges For Source Of Gunshots In The Dark 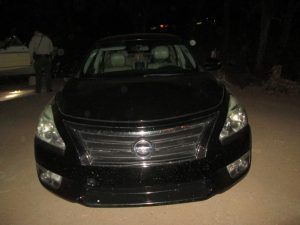 According to Tuolumne County Sheriff’s spokesperson Sgt. Andrea Benson, deputies responded to the 2600 block of Merced Falls Road in La Grange for the report.

Once at the scene they encountered 33-year-old Santiago Garnica of Citrus Heights, sitting in a black Nissan sedan, and he admitted to shooting a gun on the property.

A subsequent records check turned up an outstanding warrant out of Sacramento County and also found him to be on searchable probation.