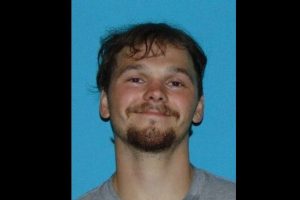 Sonora, CA — The Tuolumne County Sheriff’s Office reports that a man attempted to kill a family member at a home along Fallview Drive in east Sonora.

On Saturday deputies received a 911 call that 23-year-old Matthew Rose was attempting to kill his mother. Officials arrived and found a woman hiding in the bathroom. Sgt. Andrea Benson reports, “Rose had physically attacked the woman and strangled her. He brandished a large kitchen knife and threatened to kill her and then himself. When the victim was able to escape from Rose, she hid in the bathroom and called for help. Deputies found Rose outside of the home with a self-inflicted stab wound to the abdomen.”

Sgt. Benson adds that Rose was transported to a Modesto hospital to treat his injuries and he faces charges of attempted homicide and making criminal threats.

(Rose does not have a current booking photo because he was transported for medical care. The photo in the story was taken earlier)