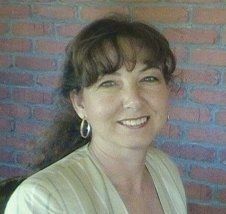 Now that Cogdill has decided to not seek re-election, Fuller, 46, says she remains in the race due to political differences between herself and leading candidate, Assemblyman Tom Berryhill.

Fuller describes herself as "a conservative, anti-establishment, Republican."

"People are fed up with these incumbent politicians saying one thing and doing another and not living up to their oaths and pledges," says Fuller. "The failed strategy of reaching across the aisle has been disastrous because the road across the aisle is a one way street. It’s time to stay on our own side to pull California back from the cliff."

One recent issue that Fuller found herself in opposition to Berryhill was the $11.1 billion water package, saying that it "includes too much pork" and increases state bureaucracy.

Fuller, a native of Glendale, spent six years in the U.S. Air Force and then received a history degree at U.C.L.A. She went on to law school at George Washington University, and later returned to California to work for a utility consulting firm. She has lived in Columbia with her husband and daughter for approximately four years.