Burglary At Calaveras Coins And Collectibles 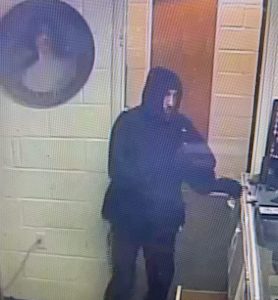 Burglary at Calaveras Coins and Collectibles

Angels Camp, CA — The Angels Camp Police Department is investigating a burglary that occurred during the early morning hours at Calaveras Coins and Collectibles at 253 South Main Street.

Officers responded at 3:30am on Thursday after an alarm went off at the business. Display cases were damaged and the business was ransacked. Surveillance footage shows four suspects wearing masks, sweatshirts and gloves breaking into the building. They later left driving northbound on South Main Street in a dark colored SUV. There is an active investigation ongoing and the PD is asking anyone with information to call 209-736-2567 or email acpd@angelscamp.gov.