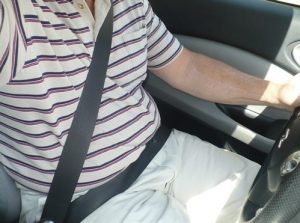 With grant funded overtime, officers throughout the state will be allowed to focus their attention specifically on those who fail to wear a seat belt.

More than 30 percent of all vehicle passengers killed statewide in 2007-2008 were not buckled up at the time of the collision.

Last year alone CHP officers issued an average of 500 citations every single day to motorists and their passengers for failure to wear their seat belts. That figure does not include the 17,076 tickets issued in 2008 for child safety seat violations.

The cost for a seat belt violation is $132 and as much as $435 for not properly restraining a child under the age of 16.