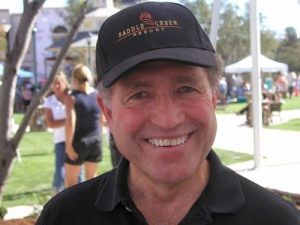 Thomas says that in retrospect in dealing with the County budget, he wishes that the state had kept its word in not taking Prop 1a funds. Since they are however, Thomas said that the County budget now falls about a million and a half dollars short.

One potential solution is to ask County employees (including the Board of Supervisors) to tighten their belts and take a seven to ten percent reduction in both salary and benefits. According to Thomas, if every employee did that, then there is a chance that upwards of around forty positions won’t have to be eliminated.

Thomas said that perhaps the largest impact with the decreased budget will be in the Public Works Dept., meaning that there won’t be any immediate patching or paving of area roads and during the Winter, some roads may not be plowed during snow storms.

Although Thomas understands the public outcry at the sheer mention of the subject, as of now he doesn’t know where that money would come from.