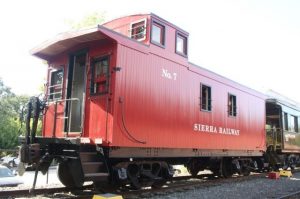 Sonora, CA — Tuolumne County voters will be asked during the June election to expand the Transient Occupancy Tax to include campgrounds, RV parks and house boats.

The Supervisors voted 5-0 to put the issue on the ballot. One person that spoke adamantly against the idea was Esther Osborne, Owner/Manager of the Marble Quarry RV Park.

“This (tax) is not uniform and will nearly put us out of business,” said Osborne. “We will either have to go long term (leasing), or go out of business, because this is a tax that is insurmountable to us.”

Some others spoke in favor, including Dodge Ridge ski resort owner Frank Helm. “Tourism and recreation is, I believe, the largest contributor to income in the county,” said Helm. “We want to see that continue, and we understand the need to keep Railtown and the Fairgrounds going.”

The expanded T.O.T. would bring in an estimated $300-350K a year, and funding would be utilized to help operations at the fairgrounds and Railtown 1897. Railtown is presently scheduled to close at the first of July and the fairgrounds are losing their state subsidy.

Local organizations like the Tuolumne County Visitors Bureau and the Chamber of Commerce’s Governmental Affairs Committee have come out in favor of the expansion.