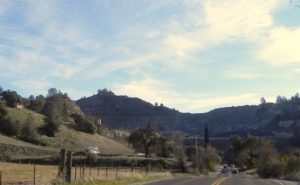 Sgt. Chris Hewitt of the Calaveras County Sheriff’s Department confirms that filming has been taking place at the Carson Hill Rock Quarry for the television series Mythbusters that airs on the Discovery Channel. It is expected wrap up at 1pm today.

The Mythbusters show has used the mine in the past to disprove the myth that dynamite could be used to rid a cement truck of hardened cement. There is a lot of secrecy surrounding this week’s filming. It is not known what myth they are investigating. Unlike previous times, they did not speak with the Calaveras County Project department, nor take out a permit. (It is not necessary to take out a permit at an active mine) They also did not contact Calaveras County Film Commissioner Lisa Mayo. However, the Calaveras County Bomb Squad is involved.

The Carson Hill Mine is private property; people are advised to avoid the area.